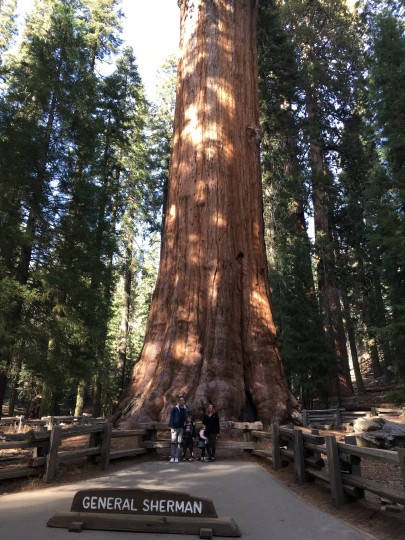 As we left Yosemite and headed south, we stopped on our route and stayed at a campground about an hour from Kings Canyon National Park. We only had a day to spend in Sequoia National Park and it’s neighbor park, Kings Canyon, because of their distance from where we were staying. We enjoyed seeing the tallest trees a couple of weeks ago at the Redwoods, and wanted to see how the Sequoias compared in these parks. 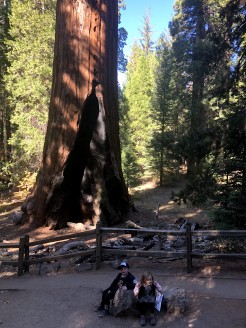 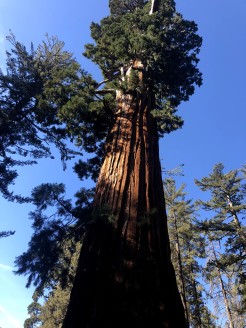 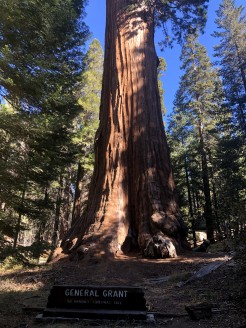 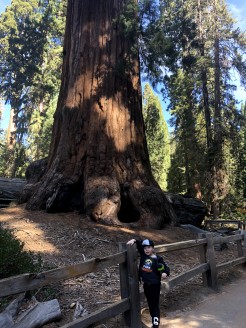 We learned that Sequoias grow tall quickly, in their first 600 years of life, and then they grow wide. First, we drove to Grant Grove in Kings Canyon, where the 2nd largest tree by mass in the world, the General Grant tree, is. This tree was designated as the official US Christmas Tree years ago, and was very wide. In this grove, we enjoyed seeing so many Sequoia trees, and especially had fun in a fallen Sequoia that you could walk through as a tree tunnel. This tunnel looked that same now as in the early 1900s when it was used as shelter for early settlers that were passing through. 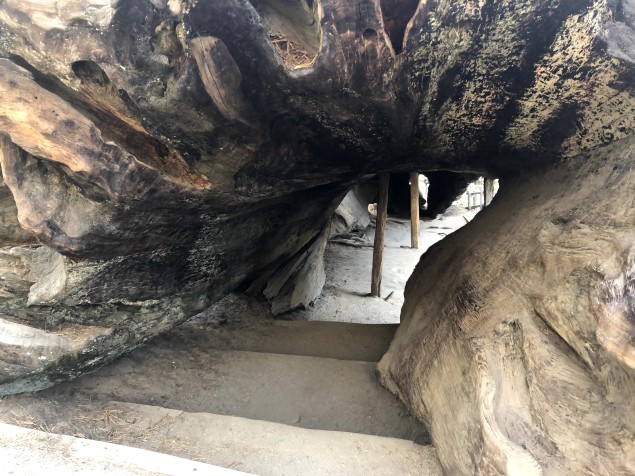 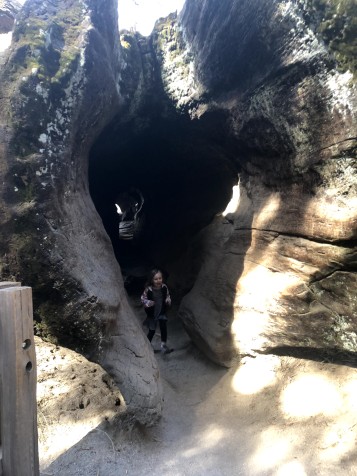 Unfortunately, the road down into the rest of Kings Canyon was closed for the season, so we didn’t get to see a ton in this park and missed the canyon area. Instead, we headed south about an hour to the heart of Sequoia National Park. 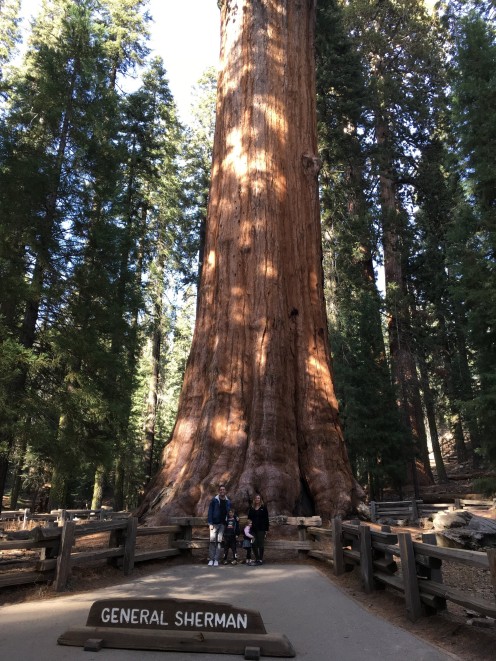 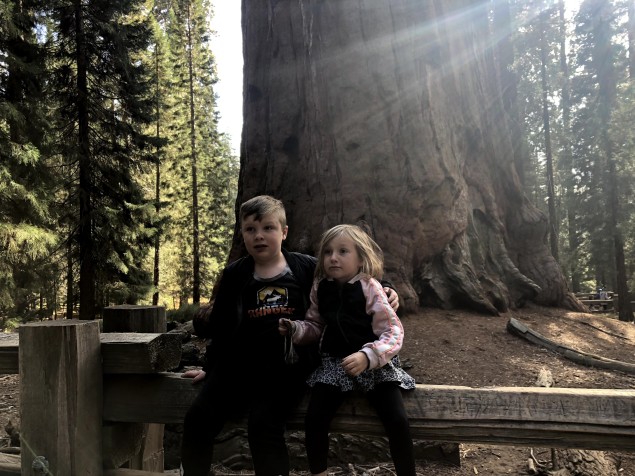 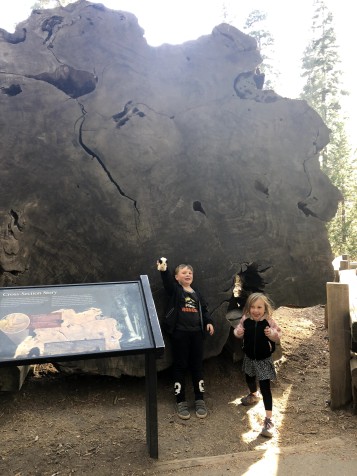 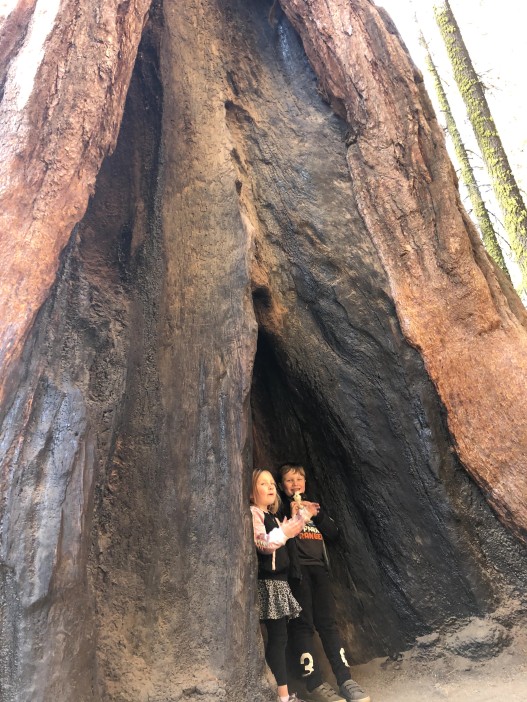 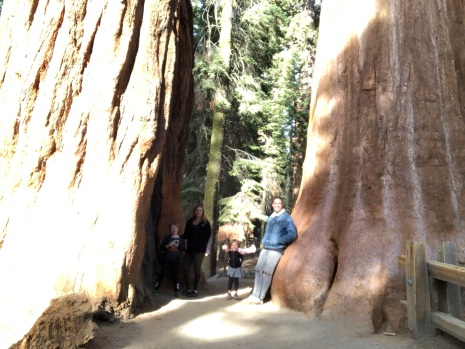 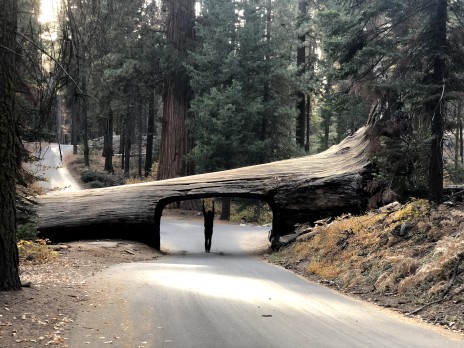 Here our first stop was in the Giant Forest where we walked to see the largest tree in the world…General Sherman. This walk was fun, and there was a lot to learn in the Giant Forest. We got to walk through another type of tunnel cut through a fallen sequoia, and then drive through a Sequoia tunnel further into the park. 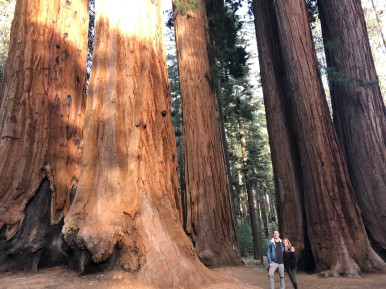 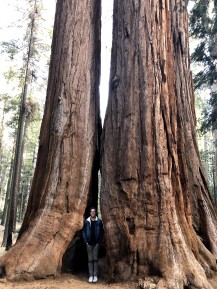 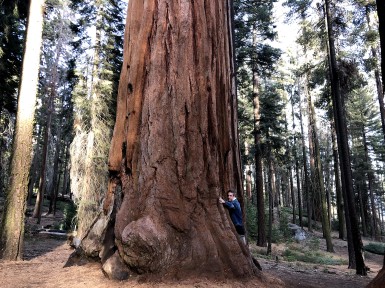 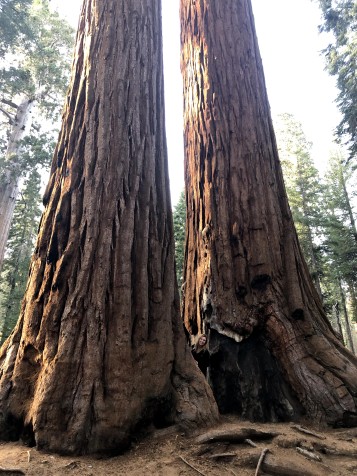 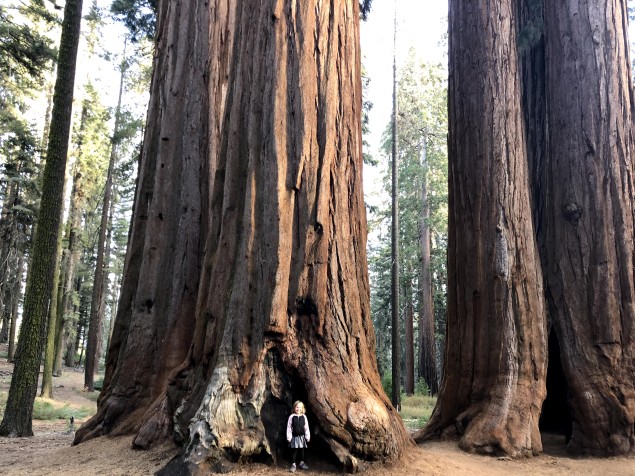 We also found a fun tree grove pictured about where we took a lot of photos (if you look really close, you might see us standing next to those massive trees). The amount of huge trees in Sequoia National Park was truly amazing, and there were so many hikes here that we would have loved to do! 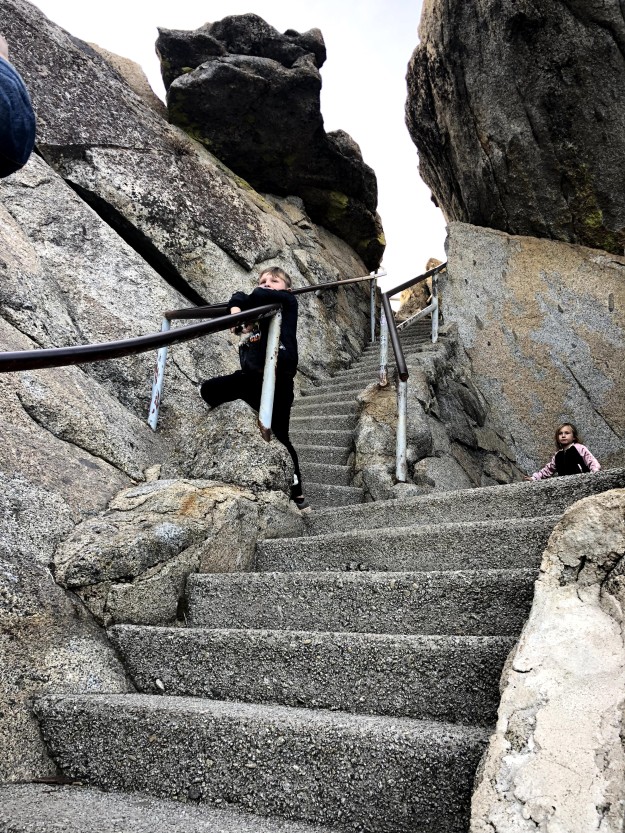 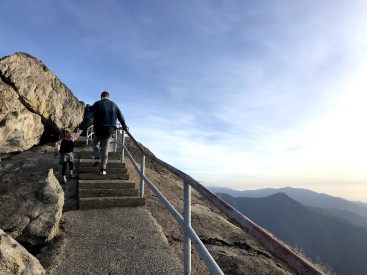 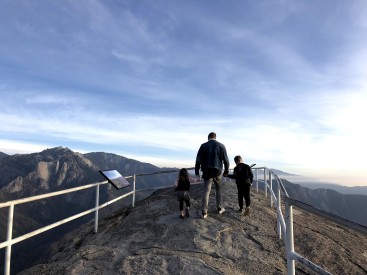 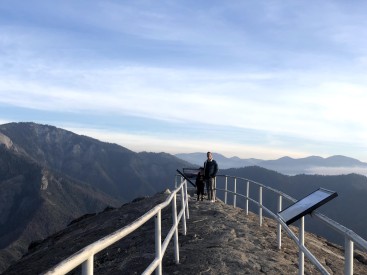 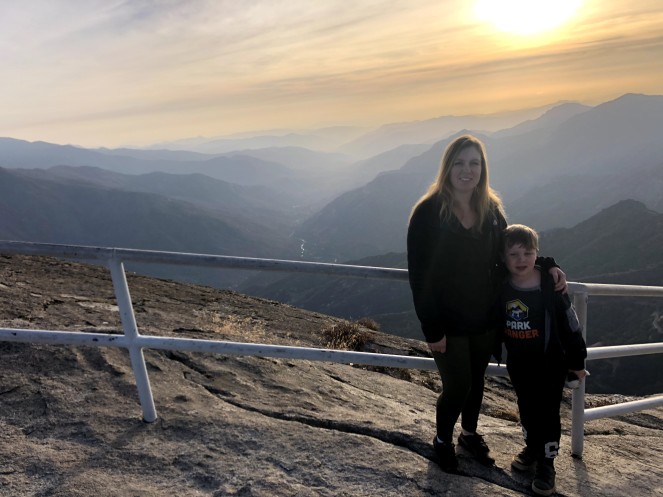 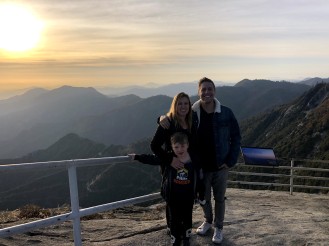 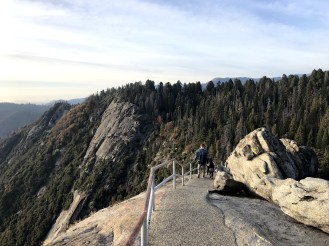 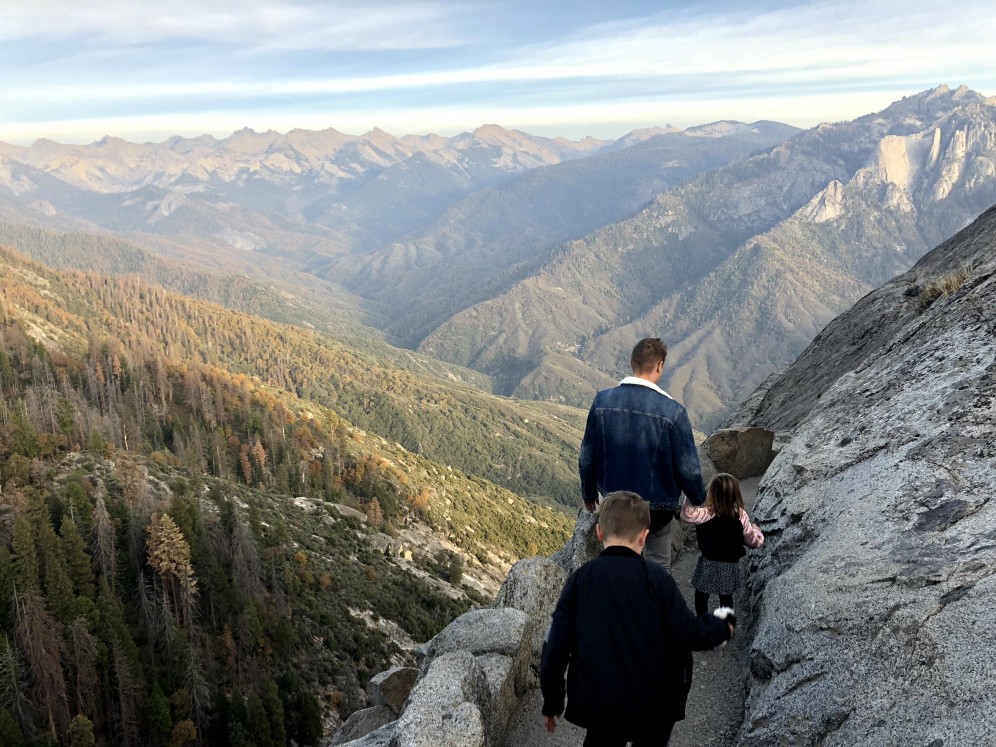 We finished our day in Sequoia NP hiking up the 350 steps to the top of Moro Rock. It was an amazing 360 view up there! We definitely recommend this short, yet steep, hike if you aren’t afraid of heights, and hold little kids hands tight. At many time it felt like we were at the Great Wall, and when we reached the top we could see so far. 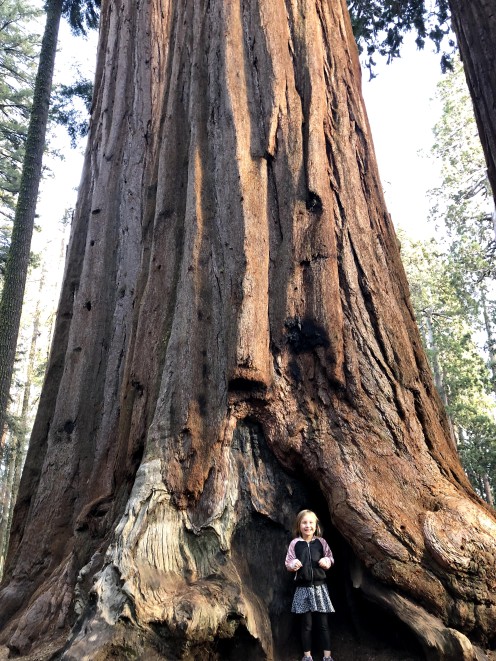 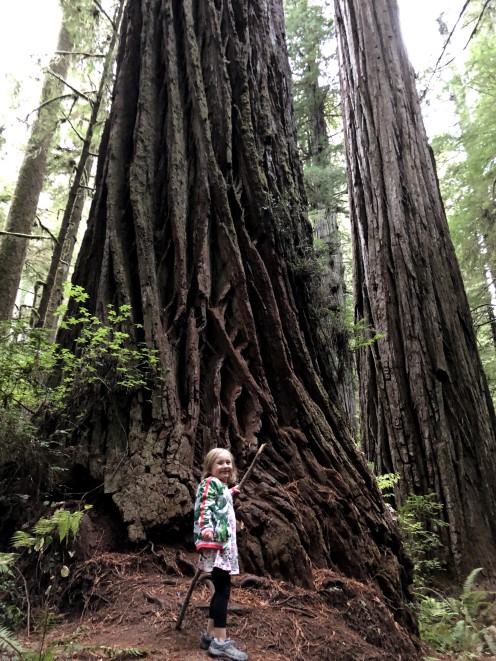 Redwood
When comparing our time at Redwoods NP to Sequoia, I (Emily) personally liked the Redwoods a little better because the sequoias roots are more fragile so you have to keep your distance from most of them, and the fact that the redwoods were on the coast, and were also huge, and we got to spend more time exploring there. David and Ty thought they might like the sequoias best as there was something special and mysterious about them. It was great to see both the tallest trees in the world and the largest within the same state! These are both magical areas that don’t feel quite real, and were quite the eerily beautiful places to spend Halloween day!
This was our last stop in California for awhile. Cali really does have it going on when it comes to amazing places and scenery! 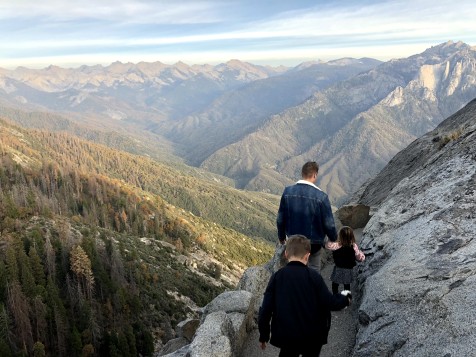